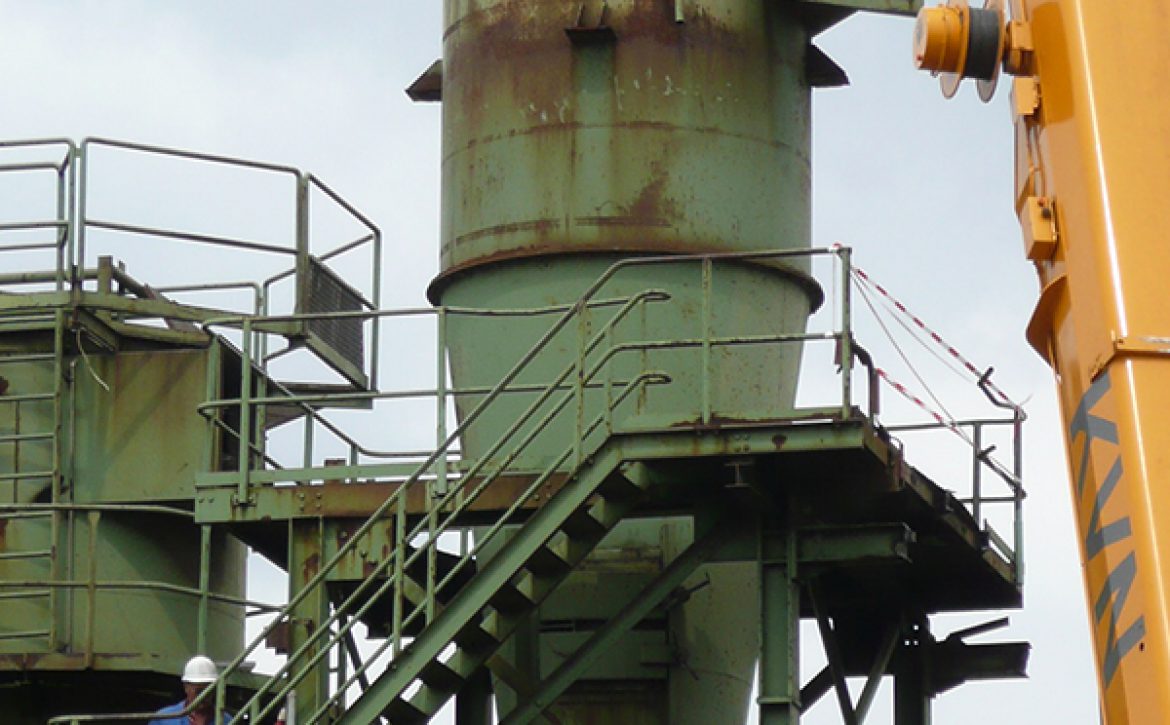 Summer 2008: With the marketing and the professional dismantling of a complete shredder installation at the company RRO in Osnabrück, KLANN once again demonstrated its competence even in complex tasks. The plant could be disassembled and shipped on time and accident-free with a tight schedule due to upcoming new construction work with high customer satisfaction. […] 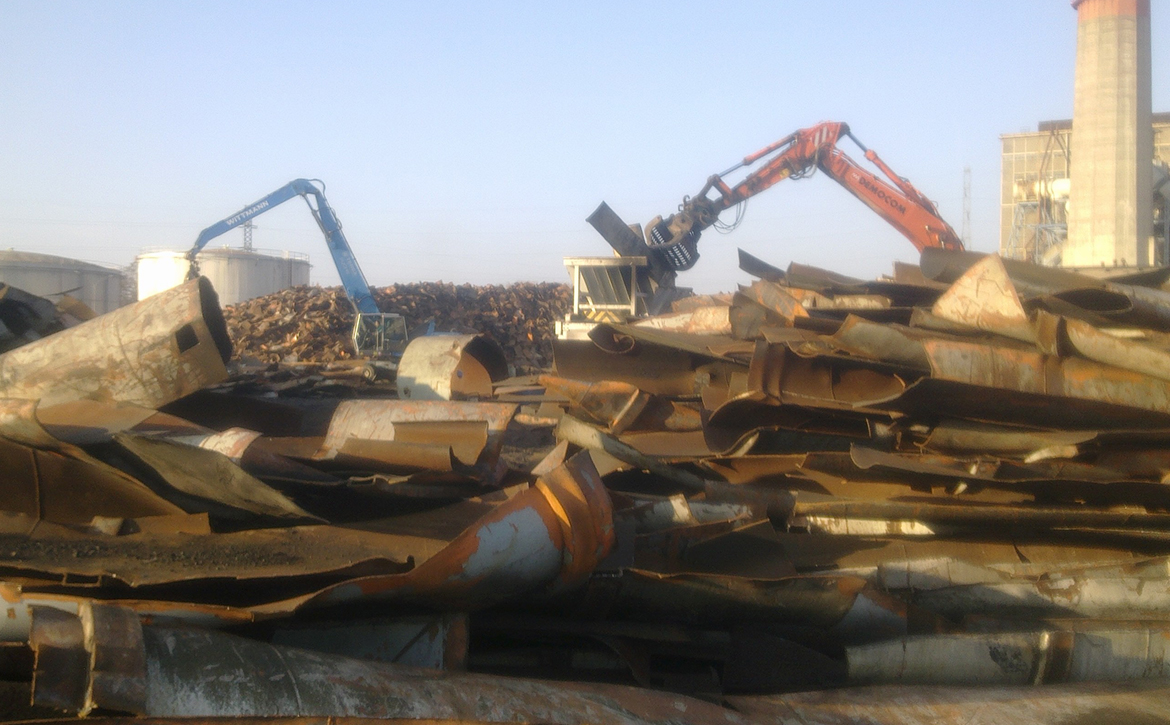 September 2011: For the demolition and shearing of several kilometers of an old blast furnace gas line, our rental shear was used by a Belgian demolition company in Lorraine/France. 6 m pieces of the blast furnace line with a diameter of 1.5 m were split in two halves with a demolition shears on site and cut in the container shear into small pieces that could be used directly in the steel mill. So more than 3,000 tons of scrap were sent for recycling in a way that minimized logistical costs. This is another example of the flexible use of our container shear. […] 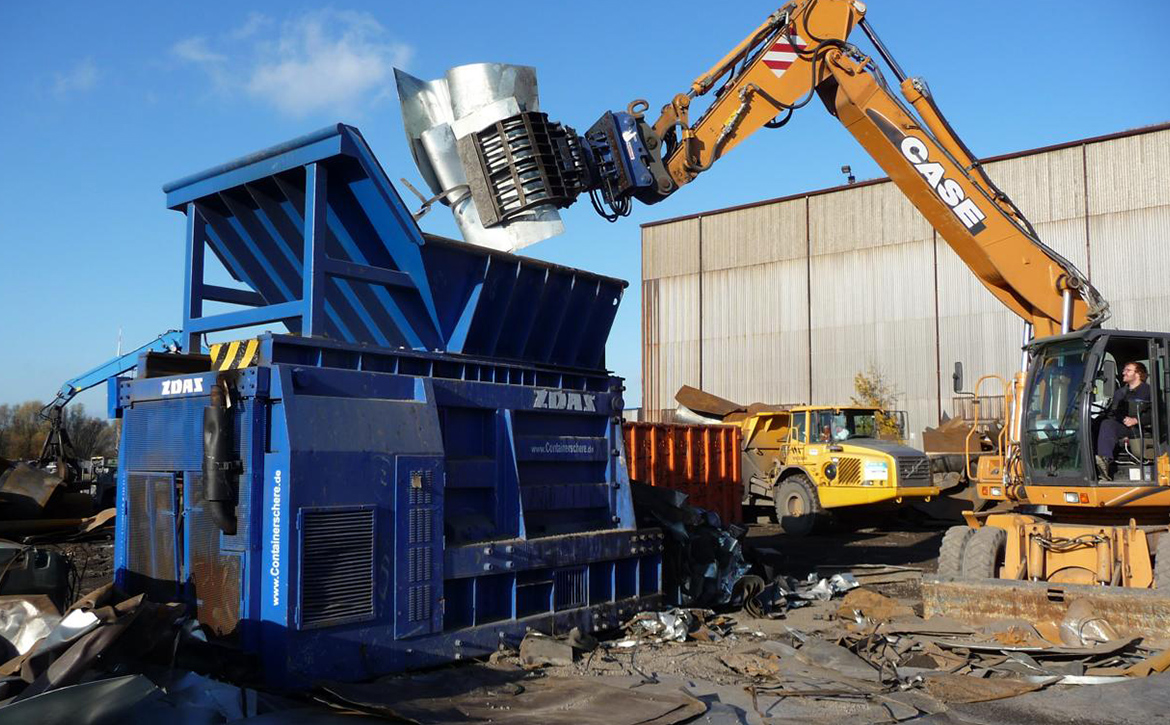 Crushing of residual coils at a German steelworks

Summer 2013: In order to be able to reuse steel coil residues directly in the converter without the need for costly external treatment outside the steelworks, up to 2 container shears were used directly at the converter house for several months in a German steelworks. This meant that several thousand tons of steel could be recovered cost-effectively and environmentally friendly until the conversion of the converter. […] 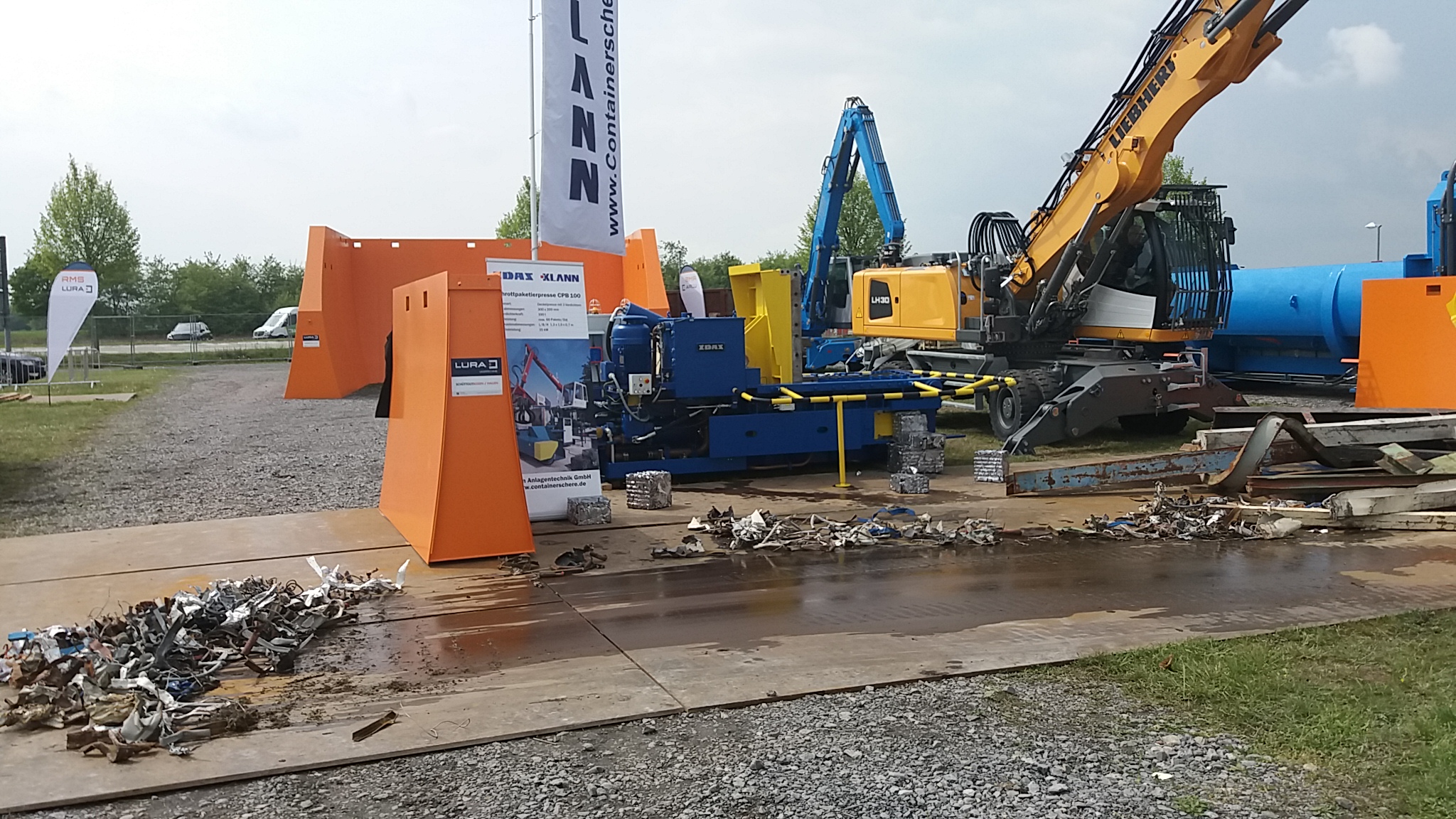 April 2017: At the Recycling Active Trade Fair from April 27 to 29, 2017 in Karlsruhe/Germany, the latest version of the CPB100 mobile scrap baling press was put into operation on the “Scrap & Metal” action area. A large interested audience was shown the robustness and performance of the press. […]

Use of container shears in PVC recycling

November 2017: In the recycling plant of a well-known German PVC profile manufacturer, a rental shear was tested in the summer of 2017 for the pre-shredding of complete window frames with glass and fittings. By using this container shear, the throughput of the subsequent mechanical treatment could be significantly increased and the very abrasive glass fraction could be separated from the sheared material flow with a simple sieve. The customer has already decided after a short time to purchase a CNS400Ke electric powered container schear, which was integrated into the overall system in November 2017. In the meantime, container shears are also being used in another PVC recycling plant in the Ruhr area. […] 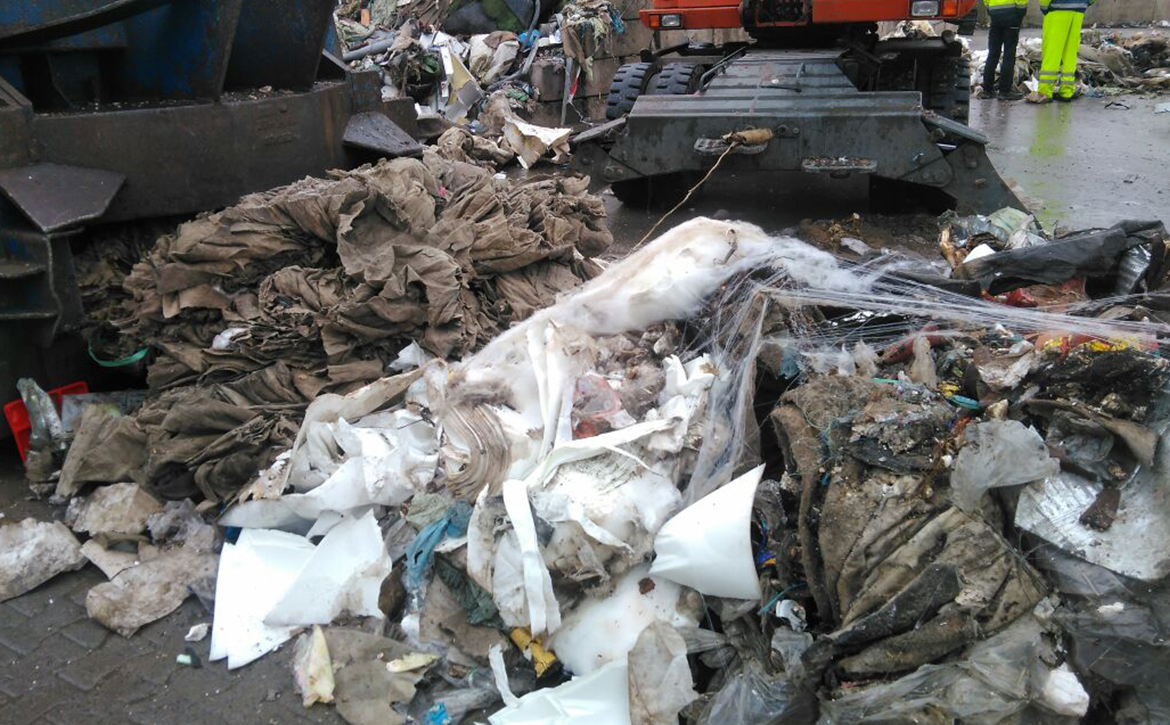 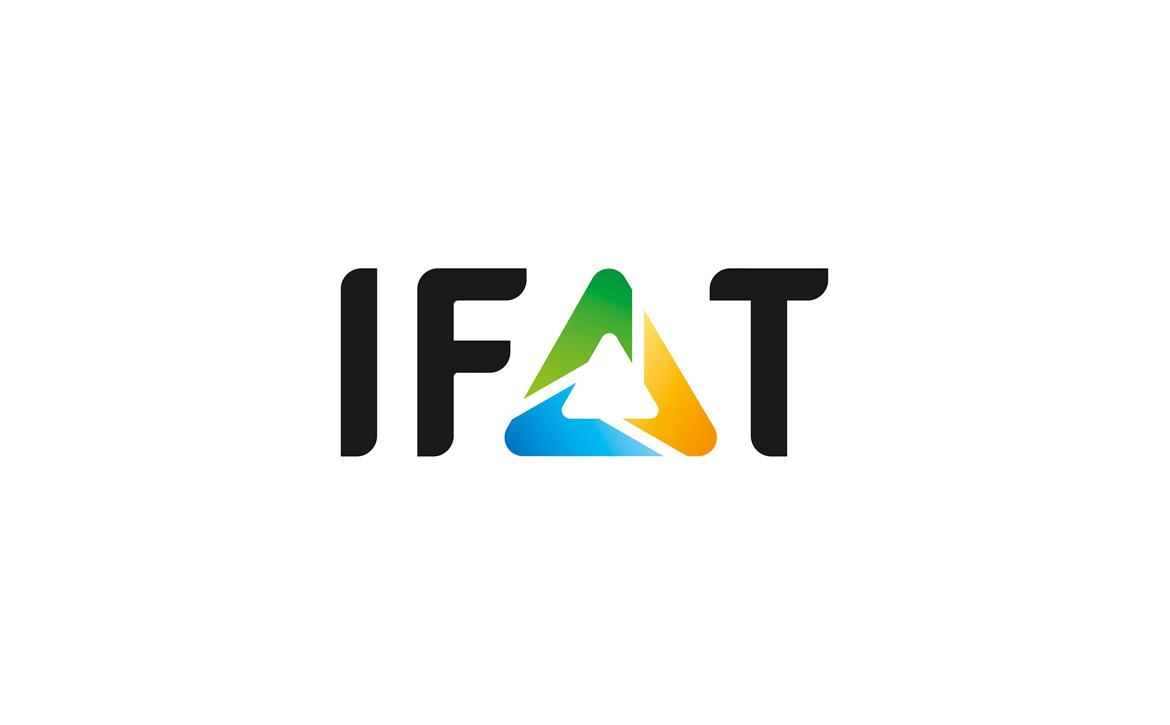 May 2018: KLANN took part in a joint stand with partner ZDAS in hall B4 at the IFAT 2018 from 14th to 18th May 2018 in Munich/Germany. In addition to the well-known container shears, the complete product range in the field of scrap processing as well as the possibility of renting scrap shears were presented to an international group of interested parties […] 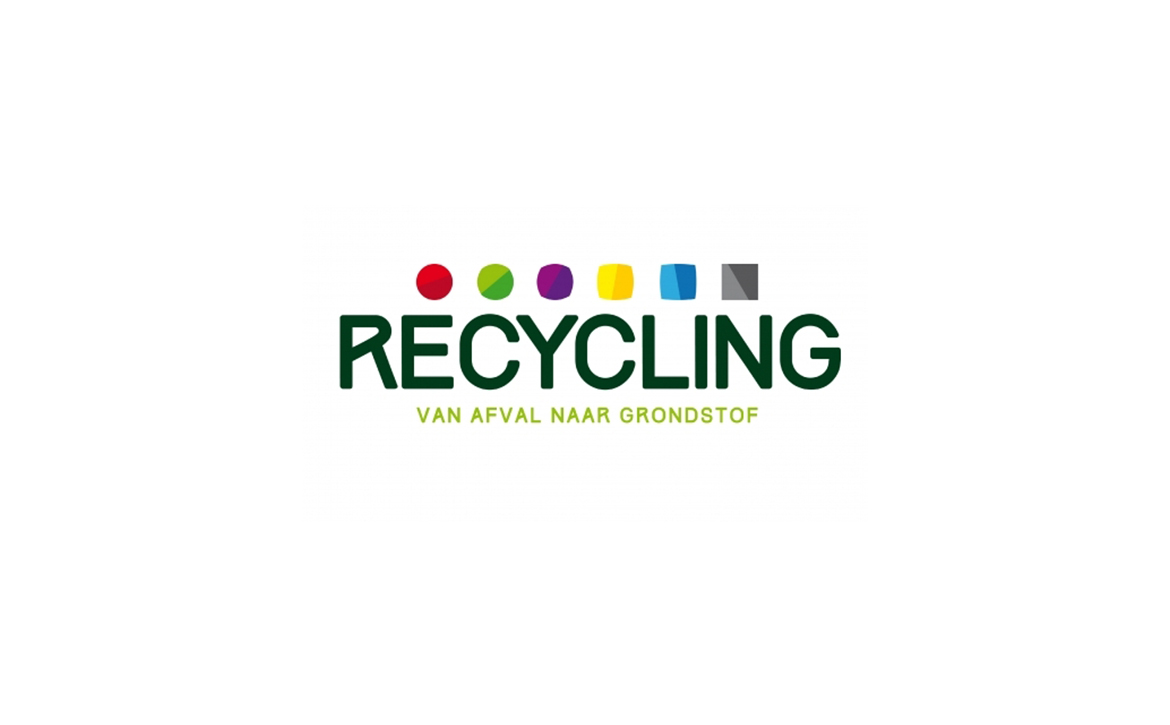 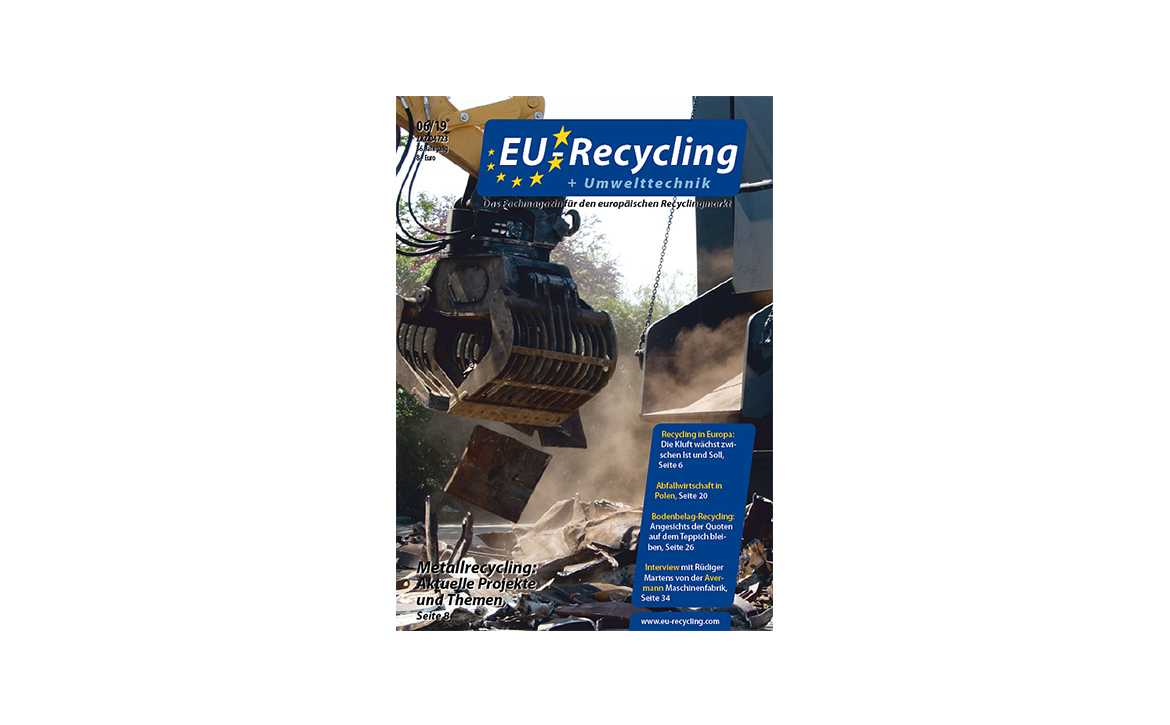 June 2019: Publication of the KLANN technical article “Processing Shredder Disturbing Fractions” by the use of container shears for the shredding of films, tapes and nonwovens that can not be processed in a shredder, but must be comminuted for use in an incinerator. 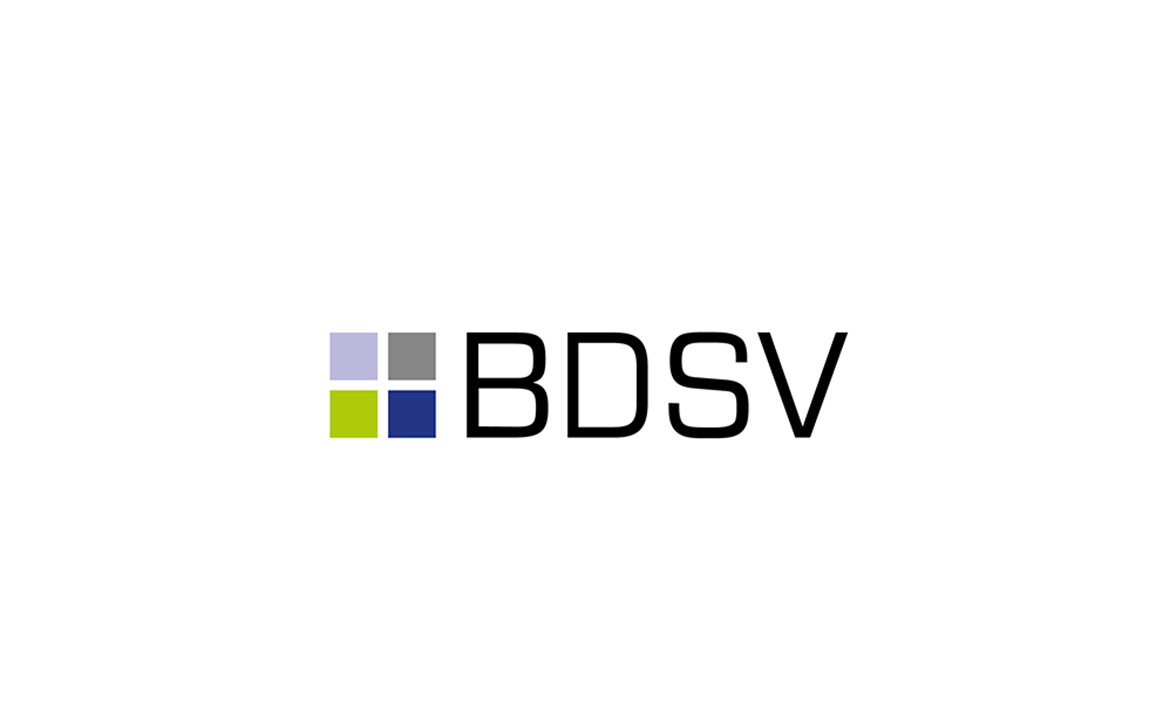 As every year, we will once again be represented together with our partner ZDAS at the BDSV meeting with an information booth. Visit us. […]